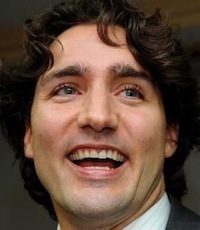 The Papineau MP, and son of the late former Prime Minister Pierre Trudeau, will attend the rally co-hosted by Manitoba Liberal leader Jon Gerrard at the Crescentwood Community Centre.

“Manitoba Liberals are very excited about the upcoming election campaign, and I can’t think of a better way to kick it off than with a visit from Justin Trudeau,” said Gerrard. “Liberals are excited to be campaigning on issues that build strong families and healthy communities and Justin is such a strong advocate for these issues.”

Gerrard will make a policy announcement and reveal the party’s 57 nominated candidates.