Garage Destroyed by Fire in Elmwood 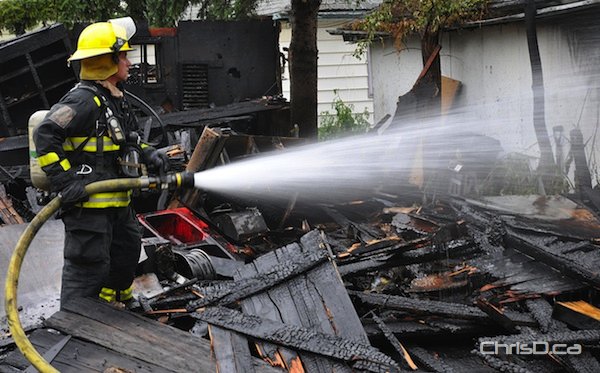 A firefighter works to extinguish hotspots after a fire ripped through an Elmwood garage on Wednesday, August 31, 2011. (MAURICE BRUNEAU / CHRISD.CA)

A garage in Elmwood was completely destroyed Wednesday after an early morning fire.

The back lane blaze at 536 Riverton Avenue began at around 7 a.m.

No word yet on what led to the blaze.