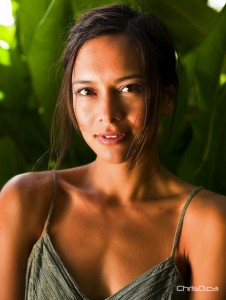 One of the actors from the upcoming film “Soul Surfer” will be in Winnipeg this fall as part of a cross-Canada tour.

Sonya Balmores stars in the film based on the true story of Bethany Hamilton, who at the age of 13 lost her left arm to a shark attack. The movie details the events surrounding Hamilton’s experience and her struggle during the aftermath.

The film has a personal meaning to Balmores, who is a fellow surfer herself. From Kauai, the surfer-turned model/actress plays Melina Birch, Bethany’s nemesis in the movie.

“I remember Bethany’s accident like it was 9/11,” said Balmores. “You just never ever forget a moment like that. We live on a small island so news travels fast. Oddly enough it was Halloween and I got a text message asking everyone to pray for Bethany because she was in the hospital after getting attacked by a shark.”

Other actors in the flick include Helen Hunt, Dennis Quaid and Carrie Underwood.

Sonya has partnered with World Vision Canada for a cross-country tour to several Canadian cities to speak about her experience and help promote the movie.

She will be in Winnipeg on Monday, October 3 from 7 p.m. to 10 p.m. at Empire Grant Park 8 Cinemas — where the free screening of “Soul Surfer” will take place. For tickets to the screening, e-mail your name, phone number, city and how many tickets you require to [email protected].

— With files from Alicia Pereira