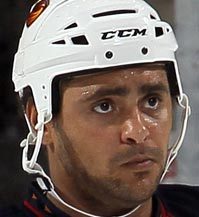 One of the Winnipeg Jets’ star players has been arrested in Minnesota for alleging being intoxicated while boating and refusing a breathalyzer test.

No further details of the incident were immediately available.

Byfuglien was a member of the former Atlanta Thrashers before being signed to Winnipeg earlier this year. He won the Stanley Cup in 2010 while with the Chicago Blackhawks.

Byfuglien lives in Minnesota during the off-season.