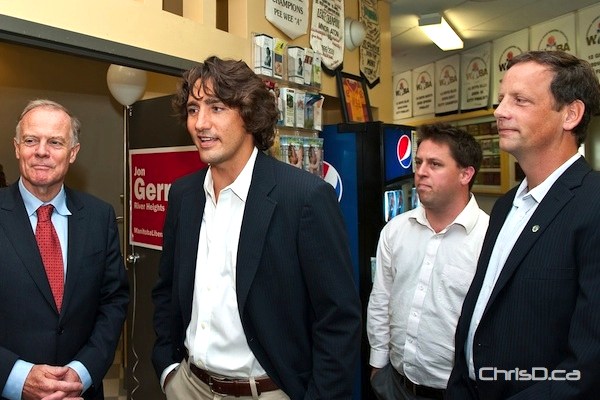 The Manitoba Liberal Party brought out a famous face Wednesday night to kick off their election campaign.

Grit Quebec MP Justin Trudeau was the big draw as Liberal leader Jon Gerrard rallied support for his party at a campaign event at the Crescentwood Community Centre on Corydon Avenue.

Trudeau, son of former Prime Minister Pierre Trudeau, co-hosted a pasta dinner while the party announced its roster of 57 candidates throughout the province.

The Liberals didn’t land any major campaign announcements, instead using the night to celebrate the beginning of a roughly one-month campaign to fill seats in the Manitoba legislature.

The provincial election is October 4.