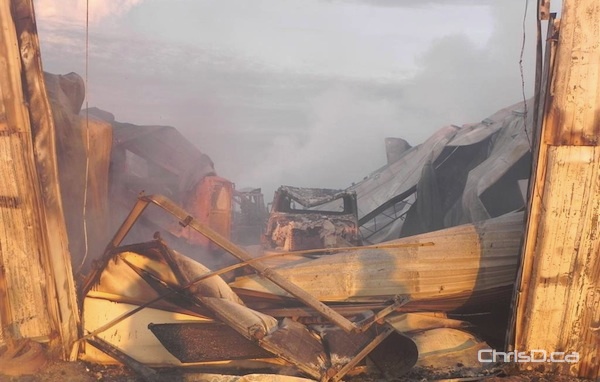 A fire at the Swan River Landfill and recycling facility on Wednesday is being treated as an arson, RCMP say.

At about 7 a.m., emergency crews were called to the scene, where fire damaged the building on site and its contents.

Damage is pegged at $750,000, which includes the loss of a recycling truck, three fork lifts, a front-end loader, a compactor and two semi-trailers.

Swan River RCMP and the Office of the Fire Commissioner continue to investigate with other law enforcement departments, including the Dauphin Major Crimes Unit.

No one was injured in the fire.