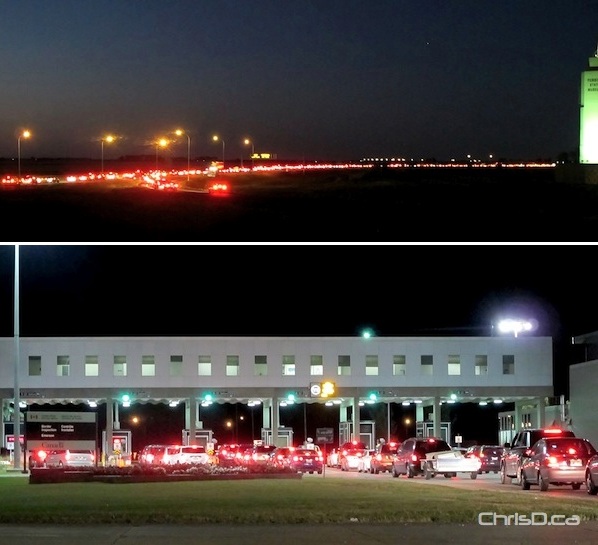 Hundreds of vehicles sit in a traffic jam that stretched several kilometres long on Monday, September 5, 2011, as travellers made their way back into Canada from the U.S. The lineup on I-29 northbound at Emerson had motorists waiting up to two and a half hours just to get through customs. The same kind of lineups are seen on the May long weekend. (STAN MILOSEVIC / MANITOBAPHOTOS.COM)