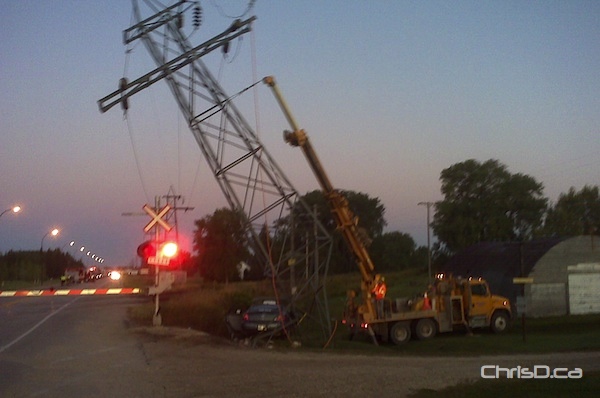 Eastbound traffic was snarled for about three hours early Tuesday morning after a single-vehicle collision in Portage la Prairie.

At about 5 a.m. a vehicle struck a hydro tower near the railway crossing on Highway 1A just east of Portage.

RCMP say the male driver was taken to hospital with undetermined injuries.

Emergency crews, including those from CN Rail and Manitoba Hydro, were on scene to facilitate the cleanup. Highway 1A at Angle Road was closed until about 8 a.m.

Police are continuing to investigate what led to the crash.

Motorists are forced to detour through the city of Portage la Prairie due to construction on the Highway 1 bypass heading eastbound.