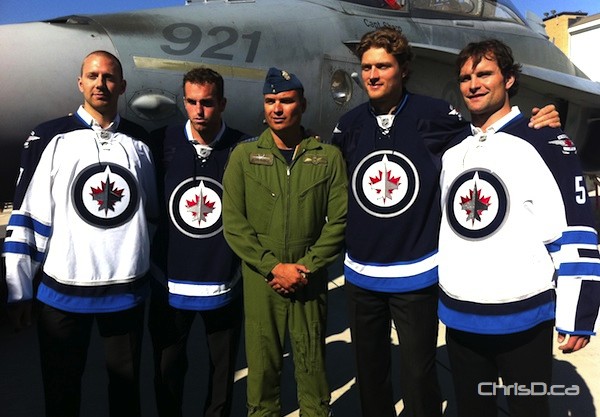 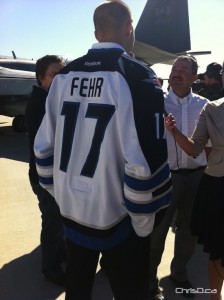 The Winnipeg Jets unveiled their coveted new jerseys on Tuesday in front of roughly 300 guests at 17 Wing Winnipeg.

“We wanted a uniform that was really going to speak to the people of Winnipeg,” said Dominique Fillion, lead uniform and team identity designer for Reebok and the NHL.

Fans can pre-order their own jerseys today at 4 p.m. at WinnipegJets.com or at the Jets Gear store inside MTS Centre.

Authentic Pro Weight jerseys will retail for $299, while Premier (replica) jerseys will sell for $129. Prices do not include taxes.

— With files from ChrisD.ca’s Darrin Bauming