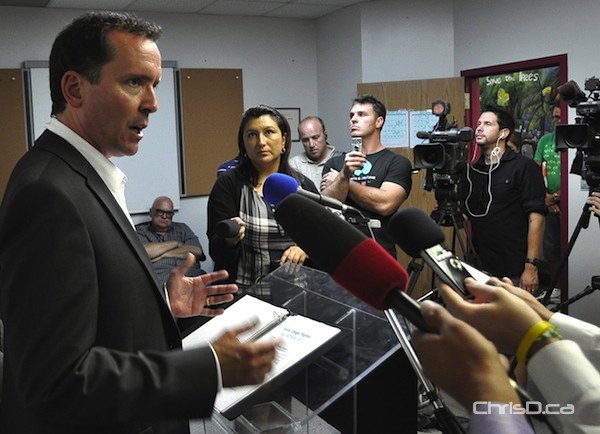 Speaking at the Boys and Girls Club of Winnipeg on Friday afternoon, McFadyen said the funding would provide for youth-at-risk programming, community facilities, non-profits organizations and charities. Ultimately the goal would be to provide a safe place for at-risk youth to go instead of hanging out on the streets.

“We hear from a number of community centres and community facilities that they could do so much more programming if they had a little extra support to fill in for gaps that volunteers can’t,” McFadyen said.

The funding would be allocated annually with $2 million to support programming, $2 million to hire more community workers and $1 million to cover the fees to perform background checks on volunteers.