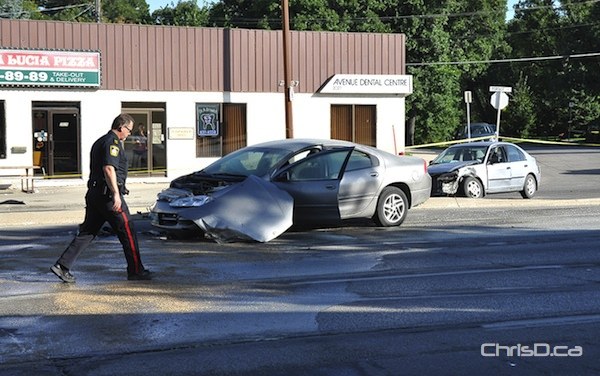 Winnipeg police spent most of Friday morning at the scene of a serious two-vehicle crash in St. James.

Shortly after 7:30 a.m., a Chrysler Intrepid was travelling westbound on Portage Avenue when it collided with a Honda Civic. The Civic was attempting to turn eastbound onto Portage from Winchester Street when it was hit.

A 72-year-old woman driving the Civic was thrown from her vehicle and taken to hospital in critical condition.

The two people in the Intrepid suffered non-life threatening injuries.

Officers blocked eastbound and westbound traffic around the area for several blocks while investigating.

← Previous: U of M, U of W See Enrolment Boost Next: Government Employees Pull Hard for United Way →
Tags: Accident