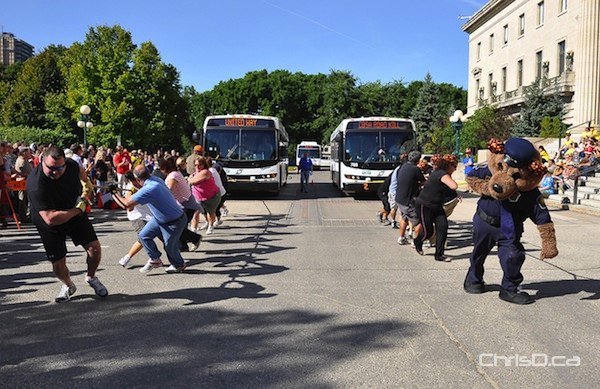 Government employees flexed their muscles Friday to pull a Winnipeg Transit bus in support of the United Way.

The event coincides with the kickoff of the 2011 United Way workplace campaigns, leading up to the official city-wide kickoff on September 16.

The goal of the competition? To see which team can pull the bus the furthest in the least amount of time. The defending champions were Team Transit, who came in at 8.15 seconds last year.