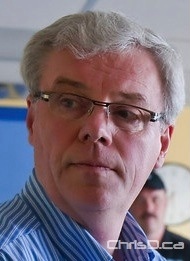 The provincial NDP pledged Monday to expand health care treatment in Brandon if re-elected on October 4.

Premier Greg Selinger said his government would expand the Brandon Regional Health Centre at a cost of $12 million. Upgrades would focus on the hospital’s medical ward by increasing the number of medical beds to 60, while also including a new state-of-the art Westman Lab and the Western Manitoba CancerCare Centre with radiation therapy services.

Selinger said the upgrades go beyond an original $58 million redevelopment plan announced in 2004 for the hospital.

The NDP also announced a plan to cut down on wait times for cancer treatment, vowing to have the shortest wait times in the country. The plan will also cover 100% of the cost of cancer drugs and offer new supports for rural cancer patients.