Home » News » Aqua Books to Live on as a Non-Profit

Aqua Books to Live on as a Non-Profit 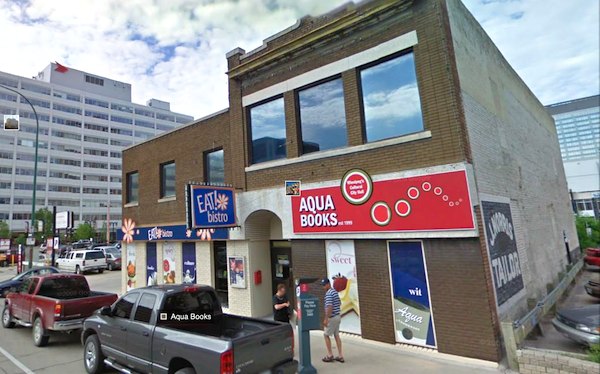 Good news for book lovers, a local bookstore has decided to remain open, albeit under a different business model.

Aqua Books at 274 Garry Street was set to close in a few weeks after owner Kelly Hughes could no longer turn a profit. Since the announcement, Hughes has been inundated with phone calls, e-mails and face-to-face pleas from the community not to shut down.

“The message was best summed up by a CMU prof when she wrote to me with the simple note: ‘Don’t close, you idiot,'” Hughes said in an e-mail Tuesday morning.

Hughes went on to say, “Since we’ve always been the business that thinks like a non-profit, we’re going to pull out all the stops and start to officially not make any money. Winnipeg’s Cultural City Hall Inc. is, as of today, this city’s newest non-profit organization. The new org will continue to do many of the community-based things we’ve already been doing, with artist development and events, and will run a much smaller version of the bookstore. I will remain at the helm, with the support of a very talented board that represents various disciplines and points of view.”

As for the building itself at 274 Garry Street, Hughes is pondering the idea of selling shares in a co-op to save it from the chopping block. A website will be setup next week with information on how the community can help. In the mean time, a working group has been formed to study how Aqua Books can remain at its current location.

“The working group is made up of people way smarter than me, so I have faith in them,” Hughes added.

While the bookstore will live to see another day, it’s neighbouring EAT! bistro will not. The restaurant will close at the end of October.