Hundreds Get Down to the Beat in Mobile Dance Party 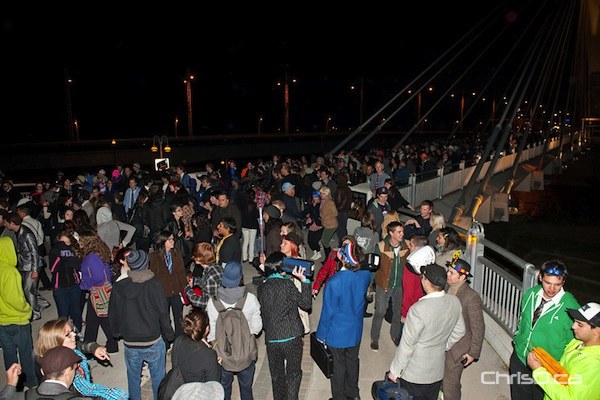 Hundreds of people converge on the Esplanade Riel bridge in St. Boniface on Tuesday, September 13, 2011 at part of the 'Decentralized Dance Party.' (TED GRANT / CHRISD.CA) 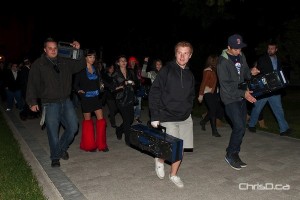 People move through the streets on Tuesday night with boomboxes as part of the 'Decentralized Dance Party.' (TED GRANT / CHRISD.CA)

A roving dance party made its way through the streets of Winnipeg Tuesday night, creating many stares from on-lookers wherever it went.

Called the Decentralized Dance Party, it’s the second time such an event has been held in the city. The two organizers from Vancouver — simply going by Tom and Gary — assembled about 800 people on Facebook and provided them with classic boomboxes.

Despite some cooler weather, party-goers started at the St. Boniface Cathedral, crossed the Esplanade Riel pedestrian bridge and ended up at The Forks.

Music was in tune on the frequency 102.7 FM as the large group danced, jived and simply had a good time.