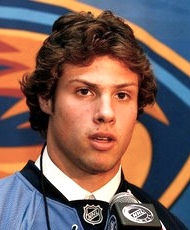 The Winnipeg Jets have signed restricted free agent Zach Bogosian to a contract. Terms were not immediately disclosed.

Bogosian, who was drafted in the first round (third overall) by Atlanta in the 2008 entry draft, has already played in 199 NHL games for the Thrashers despite turning 21-years-old in July.

ESPN’s Pierre LeBrun tweeted that the two-year deal will pay the Massena, New York native $2 million this year and $3 million in 2012-2013.

On Thursday, the Jets also revealed their 2011 training camp schedule.