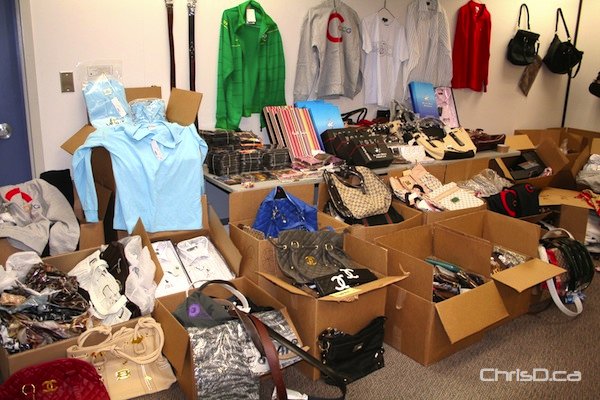 Police seized half a million dollars worth of merchandise and other items from a store inside Portage Place mall on Wednesday. (RCMP HANDOUT)

RCMP have seized approximately $500,000 worth of counterfeit items after raiding a store inside Portage Place mall.

Charges haven’t yet been laid, but are being examined under the Copyright, Trademark and Textile Act.