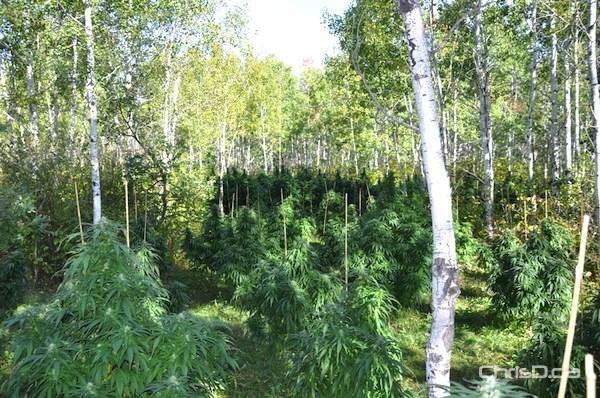 Police seized 2,000 marijuana plants from a property in the RM of Fisher, Manitoba on Thursday. (RCMP HANDOUT)

RCMP have made a massive marijuana bust in the RM of Fisher, Manitoba, valued at $3.5 million.

Police say on Thursday morning a search warrant was executed at a rural property, where authorities discovered 2,000 marijuana plants, as well as 55 pounds of processed marijuana.

Richard Thomas Chisel, 29, and Lorne Johnsen, 44, are facing charges. Both men are from Winnipeg.

Charges are also pending against four other men from Winnipeg. All six were taken into custody.