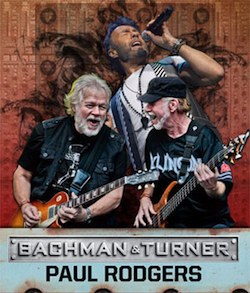 ChrisD.ca wants to send you to the Bachman & Turner concert this Saturday.

Bachman and Turner reunited in September 2010 and released a brand new self-titled album with all original tracks such as, “Rollin’ Along,” “Rock and Roll Is the Only Way Out” and “Moonlight Rider.”

We’re giving away four (4) pairs of tickets to what’s expected to be a stellar show.

Fill out the entry form below and tell us your favourite Bachman & Turner song. We’ll select four random winners to receive two (2) tickets each to the show.

Contest closes Wednesday, September 21, 2011 at 5 p.m. CT. Entries received after that will not be counted. One entry per person. Manitoba residents only, please.