Home » Photos » Organic Produce on the Menu for Manitoba Farmers

Organic Produce on the Menu for Manitoba Farmers 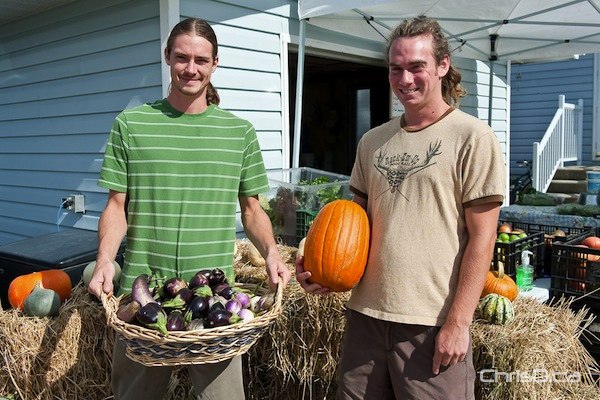 Tyson and Drew from Blue Lagoon Organics in St. Francois Xavier display their organic produce during Open Farm Day on Sunday, September 18, 2011. The two have been producing organic crops since 2002. On Sunday, 44 farmers opened their properties to the public across the province as part of the free, second annual event, which works to promote agriculture and educate people on where their food comes from. (TED GRANT / CHRISD.CA)