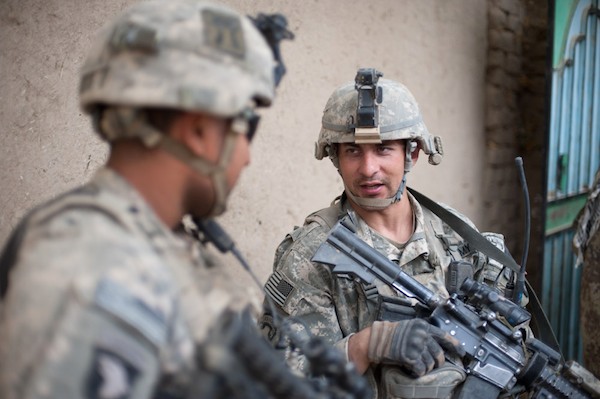 One of the Faces Of Freedom: Wounded Veterans’ Hunt honours those who fight for freedom. (HANDOUT)

A Winnipeg-based Master Corporal with the Canadian Armed Forces will attend a four-day waterfowl hunt near Minnedosa, Manitoba next week after returning from Afghanistan injured.

Darrell Rostek suffered severe injuries to his head, back and knees as the result of an Improvised Explosive Device (IED). The accident ended his tour overseas.

“When I first came back, I was in total denial,” Rostek said. “It took a whole year to come out of my shell. The toughest thing was telling myself, ‘Go get some help; you’re not a sissy.'”

The long road back for Winnipeg-based Rostek includes participating in the Faces of Freedom — Wounded Veterans’ Hunt September 28 to October 1. Three Canadian and three American veterans will attend the four-day hunt, hosted by the Manitoba Wildlife Federation (MWF), Delta Waterfowl Foundation and Cabela’s.

The goal of the hunt is to express gratitude and respect for Canada’s soldiers and let them know they are not forgotten.

“Bringing Canadian and American veterans together to share in the joy of the outdoors provides an opportunity for friendship, healing and adjustment to civilian life,” said MWF vice president Chris Heald.

A fundraiser dinner hosted by the Winnipeg Blue Bombers in Portage la Prairie will be part of the Hunt’s festivities on the 28th. Bombers Buck Pierce and Glenn January will attend. Then on September 30, a pre-game salute will be made to honour veterans at the Bombers’ home game vs. Montreal.