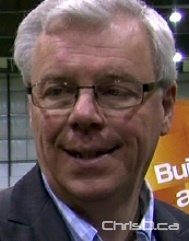 Premier Greg Selinger unveiled his plans for negotiating the next national health accord on Tuesday.

Speaking at the Fort Garry Hotel, the provincial NDP leader called for fighting for a minimum 10-year deal with stable funding increases, creating a national strategy to meet the needs of the growing number of seniors, pushing for federal support to acquire rapidly advancing health technology, and improving health care on First Nations.

The last 10-year health care accord was negotiated in 2004 and provided stable federal funding increases at a rate of six percent per year. The accord expires in 2014 and the federal government has only pledged to maintain funding levels for an additional two years.