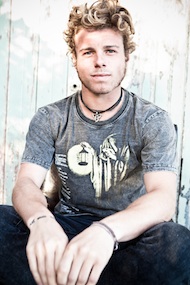 Australia singer-songwriter Kim Churchill will be Winnipeg on Thursday for a show at The Folk Exchange.

Churchill’s style has been described as unique and explosive, with his songs having an easy, natural flow.

Churchill has played shows worldwide, and is booked for big gigs including the Woodford Folk Festival, SXSW, Memphis International Folk Alliance and Canadian Music Week. After a run in the UK, he headed home to support Michael Franti and Spearhead’s East Coast Tour.

Tickets to the show at $10 at the Winnipeg Folk Festival Music Store or $12 at the door.