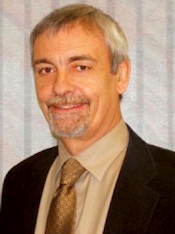 Legendary hockey broadcaster Curt Keilback will return to the air after all.

The former voice of the Winnipeg Jets will be calling play-by-play for the Manitoba Junior Hockey League on NCI-FM.

It’s the second season the MJHL has teamed up with the radio station to bring listeners 15 regular season games across the province.

Winnipeg sportswriter and broadcaster Scott Taylor will be handling hosting and colour duties in the booth alongside Keilback.

“This is a win-win partnership for all parties concerned,” said MJHL commissioner Kim Davis. “It brings our fans closer to their favourite teams. Both Curt and Scott are extremely well respected and will bring a professional-style broadcast to the fans.”

For a schedule of 2011-12 season games, visit MJHLHockey.ca.

← Previous: NDP Would Expand Home Care to Be 'Best in Canada' Next: International Artists to Gather at U of M for Conference →
Tags: Hockey | Radio