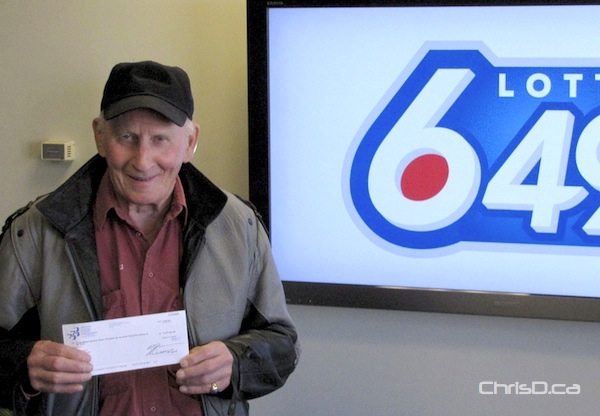 Joe Petrash of Winnipeg won more than $3 million in a March 2011 LOTTO 6/49 draw. He only recently checked his winning ticket. (WCLC / HANDOUT)

A Winnipeg man has hit it big after waiting more than six months to check his winning lottery ticket.

Joe Petrash purchased a two-draw LOTTO 6/49 ticket on March 16 — the same thing he does every Wednesday.

Petrash waited until he accumulated a large stack of tickets before checking them, claiming the $3,077,631.90 prize.

“It wasn’t until we had a cold and rainy day that I went through some Luck magazines (Western Canada Lottery Corporation’s publication of winner numbers) to see if any of my numbers had come up,” Petrah said in a news release.

“I knew I must have a pretty good prize, but I called the neighbour’s kid over to tell me what I’d won. He was so excited! And I almost fell over when he said it was $3 million.”

Joe’s winning ticket was purchased at the 7-Eleven on Mountain Avenue and McPhillips Street.

“I really didn’t need the money, but now that I’ve got it. I think I might go around the world. Why not?”

Joe says he plans on going to Paris.