Home » Entertainment » Hip-Hop Journalist to Lecture at U of W

Hip-Hop Journalist to Lecture at U of W 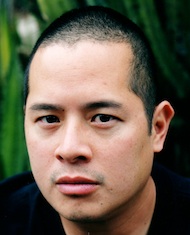 A celebrated hip-hop journalist will deliver a lecture at the University of Winnipeg on Wednesday.

Jeff Chang, who also happens to be an author and historian, will speak at the U of W’s Eckhardt-Gramatte Hall at 7:30 p.m. The event is free and open to the public.

Chang’s lecture — “Can’t Stop Won’t Stop: A History of the Hip-Hop Generation” — is based on his 2005 book of the same name.

In Chang’s 15 years as a journalist, he’s written for Vibe, Spin, The Village Voice and other publications. In his talk, he will draw on economics and social theory to trace the tumultuous period in which hip-hop came to life — a time when the post-civil rights generation moved from out of the margins and into the mainstream.

Change is currently the executive director at Stanford University’s Institute for Diversity in the Arts.