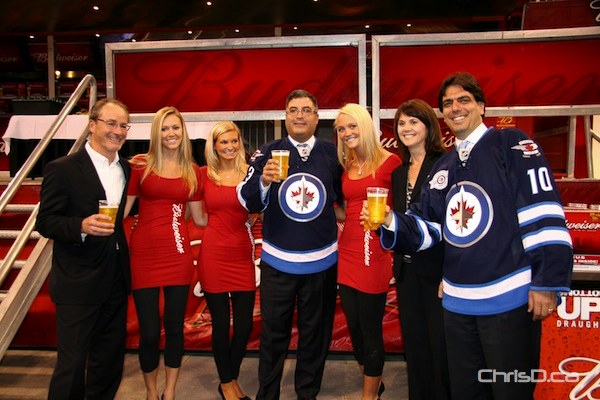 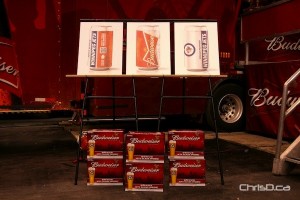 “The King of Beers” is now the official beer of the Winnipeg Jets.

During an elaborate press conference on the ice surface of MTS Centre Monday afternoon, Labatt Breweries of Canada and True North Sports and Entertainment announced a partnership that will make Budweiser the official beer of the newly-minted NHL franchise.

“Budweiser — one of the world’s leading sports brands, and the number one beer in Canada, is thrilled to become the official sponsor of the Winnipeg Jets and a proud partner of the team,” said Charlie Angelakos, vice-president of Labatt Breweries Canada.

“The Jets’ homecoming is a historic occasion that speaks volumes of Winnipeg’s passion for hockey,” added Angelakos. “Love of hockey runs deep here, and Budweiser will be there every step of the way to celebrate with fans.”

In recognition of the Winnipeg Jets once again becoming the seventh Canadian franchise in the National Hockey League, Budweiser has launched a campaign to help maintain and improve outdoor hockey rinks in Winnipeg.

Fans can visit Budweiser.ca/7 and send the team a “cheers to Winnipeg” message. With every message sent, Budweiser will donate $1 to the rink improvement campaign.

The beer company also shared some details on game-day and off-sales promotional initiatives, including Jets branded cans that will be available the third week of October.