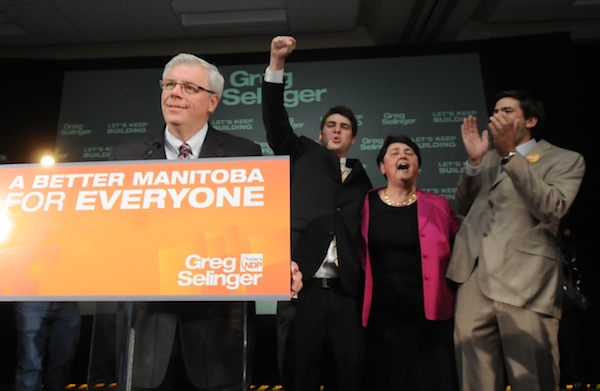 Premier Greg Selinger will return to the Manitoba legislature after Tuesday’s provincial election.

The NDP was projected to win a majority as early results starting to flow in, but it was made official later in the evening.

It’s the fourth consecutive win for the NDP, who have been in power for 12 years. Selinger was elected among party faithful after former provincial NDP leader Gary Doer stepped down in 2009 to become Canadian Ambassador to the U.S.

PC leader Hugh McFadyen won his own seat in Fort Whyte, as did Liberal leader Jon Gerrard in River Heights.