Home » News » Hugh McFadyen to Step Down as PC Leader

Hugh McFadyen to Step Down as PC Leader 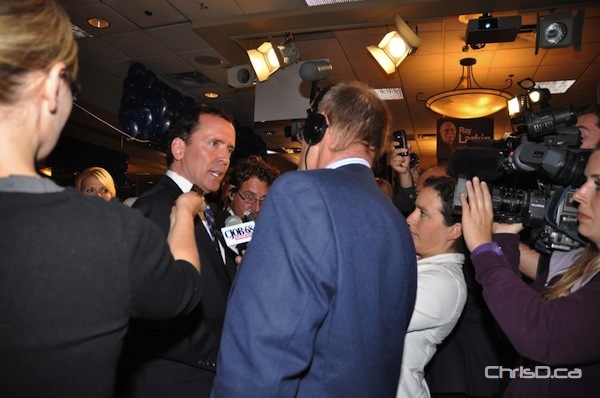 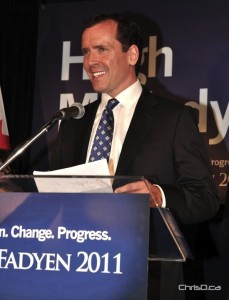 After a crushing defeat in the 40th Manitoba election Tuesday, Progressive Conservative leader Hugh McFadyen announced he would step down as party leader.

Despite winning his own Fort Whyte seat, McFadyen addressed supporters during a brief speech at Canad Inns Polo Park to break the news.

“Under any other circumstance, I’d be happy with 46 percent of the vote,” McFadyen said.

McFadyen added he would stay on as party leader until a new leader can be elected.

The announcement came as a shock to many, but some political pundits were expecting it as early poll results began to flow in.

Premier Greg Selinger weighed in on McFadyen’s decision, saying, “I wish he would have taken more time to think about it.”