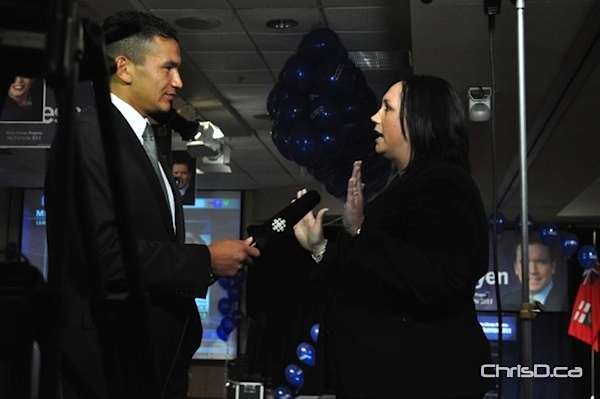 Before polls closed on Tuesday in Manitoba’s 40th provincial election, at least one ballot box had to be sealed.

Progressive Conservative campaign manager Marni Larkin said there were “irregularities” with a ballot box in the Point Douglas riding. The PCs are running candidate John Vernaus in the area.

Larkin also said there were reports of “cheating” involved as well.

The spoiled ballots will not be counted tonight.

Larkin has plenty of experience running prior campaigns — she was Sam Katz’s campaign manager during his successful re-election win as Winnipeg’s mayor in the 2010 civic election.