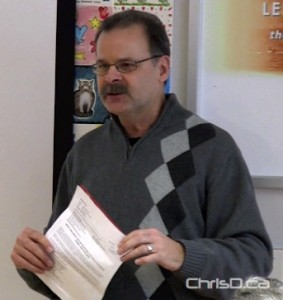 The Winnipeg Humane Society has resolved to hold Maple Leaf Foods to their decision to phase out the use of sow gestation stalls by December 31, 2017.

“Open housing systems for sows mean a better quality of life,” said WHS CEO Bill McDonald. “They can root, nest, stretch and socialize with the other sows. This is a big change when you’re looking at thousands of sows who currently spend their entire lives in gestation crates so small the sows cannot even turn around.”

The move by Maple Leaf was originally announced in 2007 to endorse “the direction of the U.S. industry” in the implementation of more humane open housing systems.

“We want them to follow through on this because public demand for humanely raised food is growing and growing fast,” McDonald added. “It makes sense for the industry to move in this direction and we want Maple Leaf to complete the migration to open housing.”

The United Kingdom, Sweden and The Netherlands have already banned sow stalls, while several U.S. states are also phasing them out.