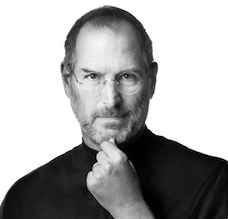 “Apple has lost a visionary and creative genius, and the world has lost an amazing human being,” Apple said on its website.

Jobs resigned from the company’s top position in August due to his deteriorating health.

The visionary mind behind one of the world’s most valuable companies revolutionized how people interact and communicate with each other.

Jobs battled multiple bouts of cancer over the years and made his last public appearance on June 6 when he delivered the keynote address at the Apple Worldwide Developers Conference.

When Jobs stepped down this past summer, company COO Tim Cook was named to his position.