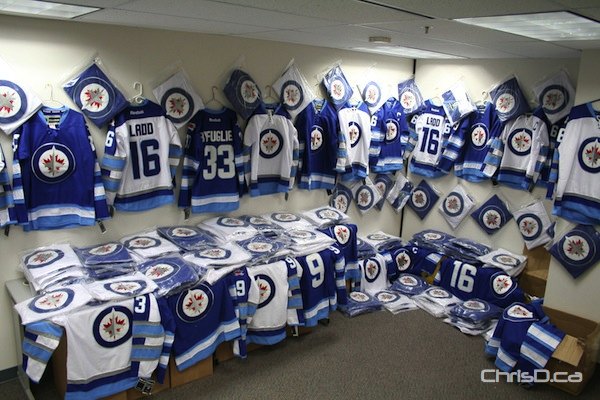 “It was just a matter of time until we intercepted copies of the official Jets jersey,” Cpl. John Montgomery of the RCMP’s Federal Enforcement Unit said in a release. “This was very quick, as the Jets just released the official jersey a few weeks ago”.

The fake jerseys contain names of players in both home and away colours, but the quality is poor and the colours aren’t an exact match to the official ones.

In August, RCMP seized 40 fake jerseys in a joint effort with the Canadian Border Services Agency.