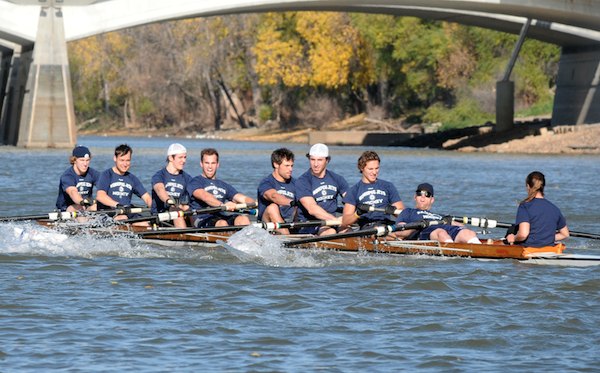 The Winnipeg Jets hit the open waters Wednesday in a team building exercise on the Red River.

Players, coaches and managers squeezed into boats at the Winnipeg Rowing Club on Lyndale Drive, dividing themselves into teams of eight for a friendly challenge.

The Jets were given an hour of dry-land training to get them used to the boats before venturing out on the water.

The afternoon was meant to teach the team how to work together, while professional rowing coaches oversaw the guys to ensure a proper stroke.

In the end, players and coaches challenged each other in a race. Despite a hard effort by the higher-ups, the players earned bragging rights for having the fastest boat.

The Rowing Club offers the same type of motivation to members of the public. To find out more, visit WinnipegRowingClub.ca.