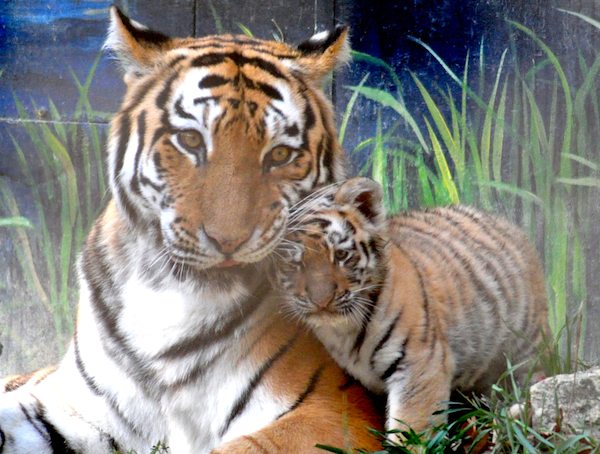 After being unveiled to the public on Monday, Winnipeg’s Assiniboine Park Zoo’s two baby tiger cubs have been named.

Zoo officials put up a poll on their Facebook page with a handful of choices. More than 2,000 votes were cast, and the winning names are Sarma for the female cub and Reka for the male cub

“The response from the public has been absolutely fantastic”, said Tim Sinclair-Smith, director of zoological operations. “It certainly shows that the community is just as excited about the cubs’ arrival as we are.”

Sarma is the name of a specific river in Russia, while Reka is the general Russian word for river.

The cubs spent eight weeks in captivity after their mother, Kendra, gave birth to them in late July. Kendra is a 12-year-old Amur tiger.

If you want to visit Sarma and Reka for yourself, the zoo is open daily from 10 a.m. to 4 p.m.