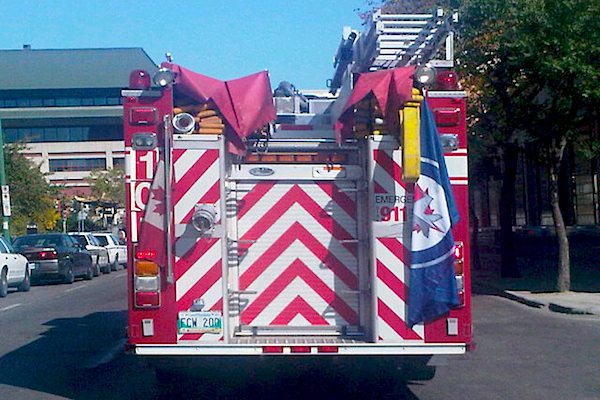 City firefighters will fly Winnipeg Jets flags on top of their fire trucks in honour of the team’s home opener on Sunday.

The Winnipeg Fire Paramedic Service announced Friday the flags will prominently be placed alongside the Canadian flags already in use.

“To see our logo associated with the heroes of the Winnipeg Fire Paramedic Service is truly an honor,” said Jets chairman Mark Chipman. “This kind of tremendous support shows the passion of our community and is ultimately the reason why the Winnipeg Jets are back in this city.”

Winnipeg Jets defenceman Derek Meech, Mayor Sam Katz and Alex Forrest, president of the United Fire Fighters of Winnipeg, were also on hand for the announcement at the Ellen Street fire station.

The first regular season home game is Sunday against the Montreal Canadiens at 4 p.m. on CBC.