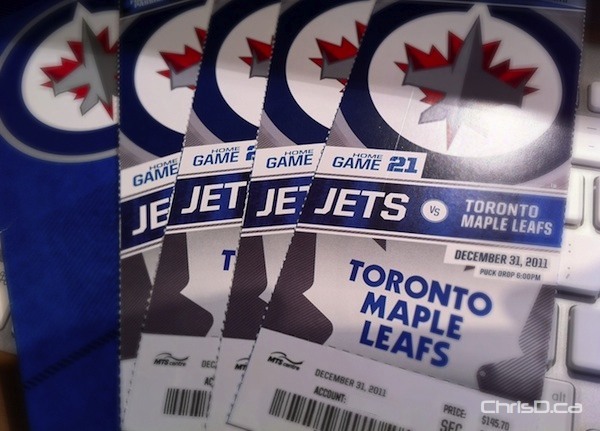 Undercover officers contacted each seller and arranged to purchase the tickets. Once the transactions in each case were complete, the men were arrested.

Both were issued a notice for breaching the province’s Amusement Act, also known as scalping.

Police are reminding the public to be cautious when making purchases via the internet.

The only legitimate way to purchase Jets tickets is through Ticketmaster or True North Sports and Entertainment’s soon-to-launch SeatExchange (previously called TicketExchange).