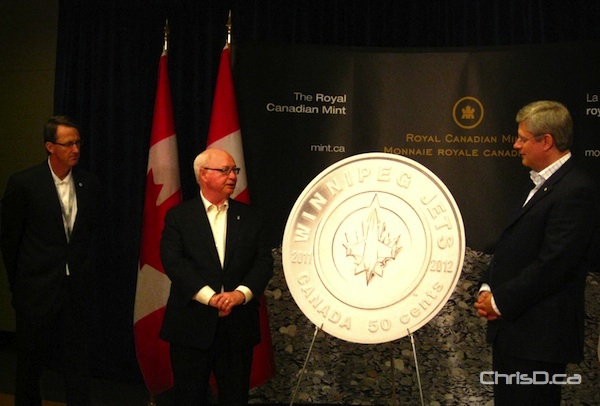 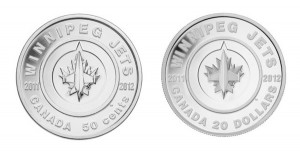 The coins, put out by the Royal Canadian Mint, include a 50-cent coin and a $20 pure silver coin.

The coins will definitely be collector’s items for any hockey fan, and celebrate the team’s triumphant return to Winnipeg.

“The Winnipeg Jets have always held a special place in the hearts of hockey fans across Canada and thanks to the Royal Canadian Mint, these fans can now own a piece of Jets history by celebrating the inaugural season with these commemorative coins,” Jets chairman Mark Chipman said.

Hockey fans can order both commemorative coins at Mint.ca. The 50-cent coin, produced at the Mint’s Winnipeg facility with nickel-plated steel, retails for $14.95 and is available online, as well as at the Mint’s boutiques in Ottawa and Winnipeg. The 99.99% pure silver $20 coin has a limited mintage of 15,000 and retails for $94.95. Customers can pre-order the $20 coin online, which will deliver in early November. Canada Post outlets will also soon be carrying the coins.

Harper will attend the Jets’ home opener against the Montreal Canadiens later this afternoon.