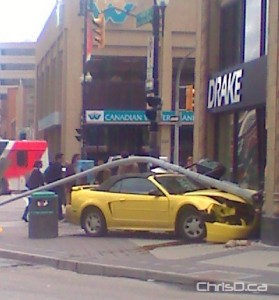 Beginning today, Manitoba motorists involved in collisions will not have to report property damage to police except under certain circumstances.

Manitoba drivers will only be required to report to police if a collision involves a fatality, serious injury, unlicensed drivers or vehicles, unidentified vehicles (hit and run, failure to exchange particulars, etc.), and the suspected use of drugs or alcohol.

The changes are meant as a way to free up police officers so they can focus on more important duties.

“These changes respond to a request from the Manitoba Association of Chiefs of Police to streamline the accident reporting process so they can better utilize their resources,” said Manitoba Attorney Andrew Swan.

MPI staff will inform those reporting claims if they are required to file a police report, such as if their vehicles are vandalized.