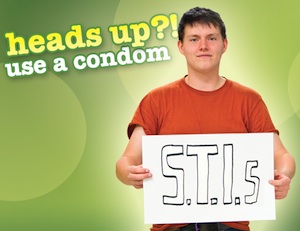 A new campaign to encourage the use of condoms among youth was launched Tuesday by the Winnipeg Regional Health Authority.

The “Heads Up?!” campaign, also designed to reduce the rate of sexually-transmitted infections, will target youth in online ads, posters, radio advertisements and in-theatre video.

“Winnipeg has high rates of Chlamydia, and youth and young adults are the age group with the highest rate of infection,” said Dr. Michael Routledge, WRHA medical director of public health.

The campaigned is aimed at the teenage population, and features humour to get the message across on the importance of using a condoms.

The website GetSomeCondoms.com has also been launched to provide information, resources and facts about sexually-transmitted diseases and infections to teens.