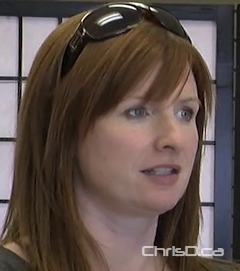 “Focus Manitoba” will be hosted by former Global National correspondent and Global’s new senior reporter Lauren McNabb. Its format will cover politics, business, innovation, the arts community and other topics.

McNabb brings a wealth of reporting experience with her back to Winnipeg, having previously worked in the city before taking off to cover the war in Afghanistan, Hurricane Katrina and the deadly 2004 Indian Ocean Tsunami.

The Minnedosa native won the RTNDA’s Charlie Edwards Spot News Award in 2008 as the only North American journalist to cover Cyclone Nargis from inside the heavily restricted Myanmar/Burma region.

The program will debut this Saturday, October 15 at 6:30 p.m., following Global’s “Evening News” broadcast. The first topic? None other than the Winnipeg Jets.

The launch of Focus Manitoba marks McNabb’s return to air from maternity leave. She will also contribute reports to Global Winnipeg’s three weekday newscasts at 6 p.m., 10 p.m. and 11 p.m.