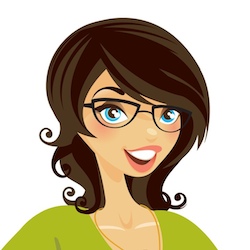 Downtown Peggy, a spunky character created by the Downtown Winnipeg BIZ, has won an award for her efforts in promoting the city’s downtown area.

The Downtown Pinnacle Award was bestowed on Peggy by the International Downtown Association Annual Conference and Tradeshow in South Carolina this September.

Peggy was competing against 10 others in the Marketing and Communication category and is featured in the BIZ’s print, electronic and multimedia promotional efforts.

The character was created by Winnipeg’s Guppy Graphic Design and is often seen at popular downtown events and locations in the form of a standing cardboard cutout. Peggy may not answer you in person, but she’s very vocal with her roughly 3,300 Twitter followers (@DowntownPeggy).

“Downtown Peggy is the positive face and voice of downtown Winnipeg,” said Stefano Grande, Downtown BIZ executive director. “Peggy is an active voice in social media communities and is influencing people to go to downtown events, restaurants and shops.”

You can find out more about Peggy’s adventures and what she recommends you do downtown at DowntownPeggy.com.