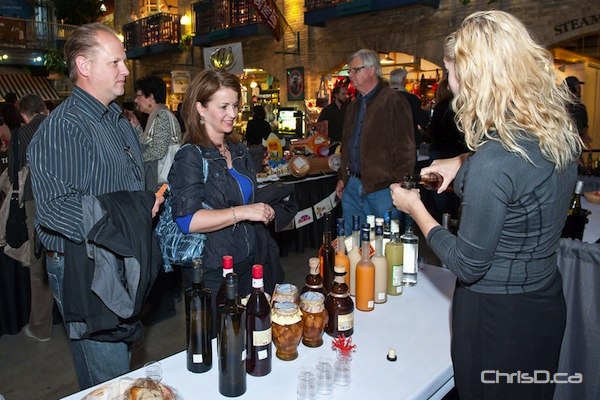 A wine vendor pours a sample glass for people at the International Wine Festival of Manitoba at The Forks over the weekend. The festival was celebrating its 20th anniversary, and all net proceeds went to support Winnipeg Harvest. (TED GRANT / CHRISD.CA) 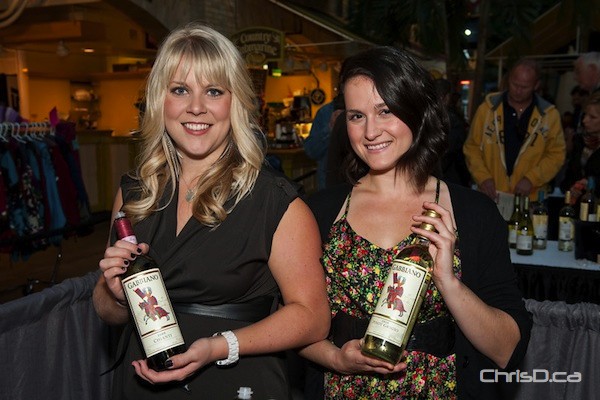 Krista Lemoine and Gabrielle Douchant of Treasury Wine Estates show off their product at the International Wine Festival of Manitoba. (TED GRANT / CHRISD.CA)

← Previous: Lindenwoods Community Centre Gym Open Next: High School Students Take a Look Inside the U of W →
Tags: The Forks