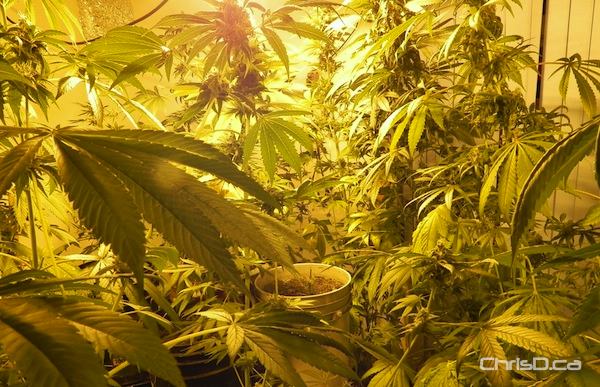 RCMP seized approximately $50,000 worth of marijuana from a home near Birch River on Saturday, October 15, 2011. (RCMP HANDOUT)

RCMP have arrested two people in connection with a marijuana grow-op inside a home near Birch River, Manitoba.

Police executed a search warrant on the residence in the RM of Mountain on October 15. They seized a number of marijuana plants, processed marijuana, and growing equipment

The estimated street value of the seizure is approximately $50,000.

The two will appear in Swan River court on November 2.