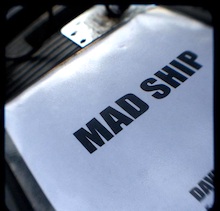 Production for the upcoming feature film “Mad Ship” has started shooting in the province.

The 18-day shooting schedule will take production crews to rural Manitoba, including Selkirk and Holland, while also spending time in Winnipeg.

The film tells the story of Tomas Sorensen (played by Nikolaj Lie Kaas), a Norwegian immigrant to the Canadian prairies in the 1920s.

A man of great passion and integrity, Tomas dreams of creating a wheat dynasty in this new land of opportunity. He is also a man deeply in love with his beautiful wife, Solveig (Line Verndal), and together they have a profound bond that sustains them and their two young children.

Enigmatico Films and Buffalo Gal Pictures are pleased to announce that production is underway on the feature film Mad Ship.