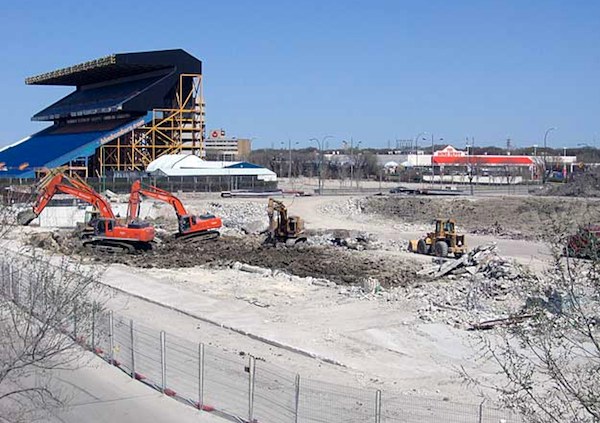 Ground will be broken on the ground once occupied by the Winnipeg Arena. (STAN MILOSEVIC / MANITOBAPHOTOS.COM)

Ground will be broken this afternoon on the site of the former Winnipeg Arena at Polo Park.

Western Financial Group is part of a $36 million office and retail development project on the site, located just north of the shopping centre and near the former CTV building, which now houses Corus Entertainment.

Western Financial Group will be the anchor tenant in the complex, occupying approximately 100,000-square-feet on the second storey to accommodate its 370 Winnipeg-based employees. It will house all four of the group’s Manitoba-based operations, including Insurance Brokerage, Life Insurance, Pet Insurance and Banking.

The ground-breaking at 3:30 p.m. will include company representatives, as well as reps from Cadillac Fairview and developer Shindico.