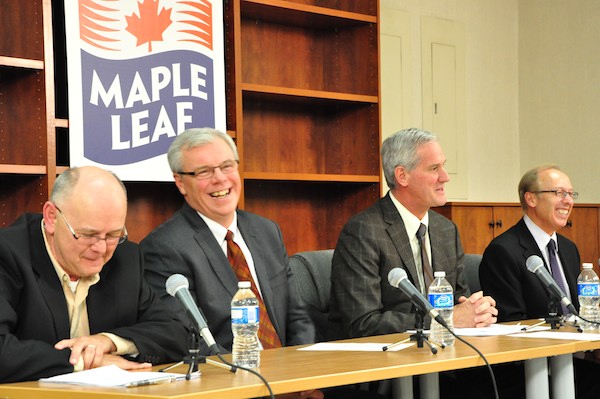 Maple Leaf Foods will invest $85 million into its Winnipeg plant to make it the largest bacon processing plant in Canada.

The plant on 870 Lagimodiere Boulevard is one of many in the company’s network to get an expansion as part of a $560 million investment announced Wednesday.

Elements of the Winnipeg upgrade include a 70,000-square-foot expansion with extensive renovations inside the plant, construction of an on-site waste-water pre-treatment facility, and state-of-the-art meat processing equipment and technology.

The expansions across the country will create approximately 1,150 new jobs, accounting for 345 locally.

At the same time, Maple Leaf announced it would be cutting about 1,550 positions by 2014 as part of separate facility closures. Plants in North Battleford, Kitchener, Hamilton, Toronto, Moncton and a smaller facility in Winnipeg will close as production is consolidated into new or expanded facilities.