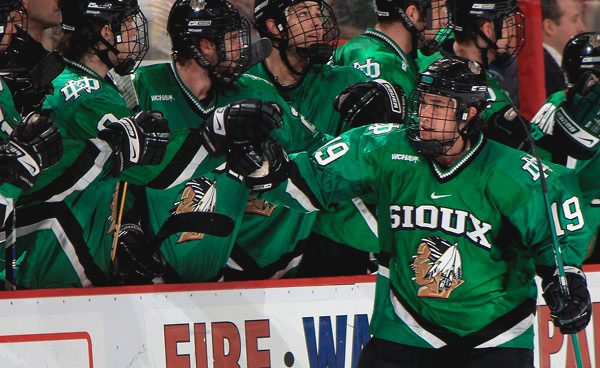 The University of North Dakota Fighting Sioux will play a regular season game against the Clarkson University Golden Knights on January 7, 2012 at MTS Centre. (THEHOCKEYNEWS.COM)

The University of North Dakota Fighting Sioux hockey team will make a trip north to play their first game in Canada in 59 years.

The Fighting Sioux will be one half of the U.S. College Hockey Classic on January 7, 2012, when they face the Clarkson University Golden Knights at MTS Centre.

The Division 1 men’s hockey game will be a regular season bout for both teams, where UND is currently ranked fifth.

Tickets for the game go on sale this Saturday at 10 a.m. through Ticketmaster for $15, $22 and $29. A pre-sale for Winnipeg Jets season ticket holders, waiting list, and Jets Mail subscribers will begin on Thursday at 10 a.m. until Friday at 10 p.m.