Home » News » More Than 25% of Manitobans Are Obese: Study

More Than 25% of Manitobans Are Obese: Study 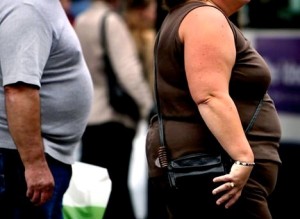 Grim news on the health front for Manitobans, as a new study has pegged 25% of the population as being obese.

The University of Manitoba’s Faculty of Medicine used people’s weight and height from nationally-administered health surveys from 1989 to 2008 to get their Body Mass Index (BMI). People with a BMI of 25 to 29.9 are in the overweight group and those with a BMI of 30 or greater are in the obese group.

Despite the statistics, U of M researchers say Manitoba’s healthcare system will not likely be overwhelmed by the demand for services related to obesity.

“One of the biggest surprises we found was that people in the overweight group did not have a huge increase in health problems or premature death,” said Dr. Randy Fransoo, lead researcher in the study.

Those who did require more health services were categorized at the high end of the BMI scale (35 and higher).

Obesity can lead to poor health outcomes, including high blood pressure and diabetes.

Young adults had the largest increases in obesity, which researchers say is disturbing.

“It means young people will be exposed to obesity-related risks from a younger age,” Fransoo added.

Inactivity also plays a role to the increase in obesity rates, as well as lifestyle, including marital status, employment, education and smoking.