Home » Photos » PHOTOS: Models Take Over the Runway at KP

PHOTOS: Models Take Over the Runway at KP 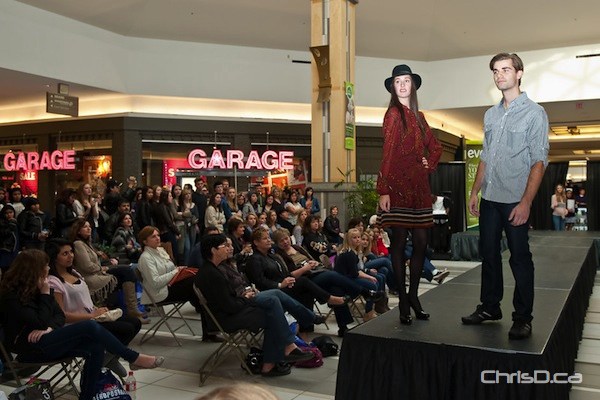 Kildonan Place Shopping Centre was ridden with beautiful people on Saturday, all vying to be the modelling industry’s next big thing.

The mall hosted its annual Fashion Takeover event, where the winners of the KP/Swish Model Management Model Search were announced.

Judges were hard on the many prospects showing off their wares, including Meaghan Waller, who was once judged herself on national television as part of “Canada’s Next Top Model.” The Winnipegger came out victorious during that competition and is now a role model for up-and-comers in the industry.

The show featured many fall fashions and local models trying to break into the competitive business of professional modelling.

“The calibre of models is Manitoba is phenomenal, and we’re proud to be the launching pad for these fresh new faces,” KP’s marketing director Corey Quintaine said prior to the show.